Senator Vicente C. Sotto III, popularly known as “Tito Sen”, has served the Filipino people at a local and national level for more than thirty years.

From his early years as local official up to being a recognized figure in the Senate, Tito Sen maintains his enthusiasm to get up and fulfill his duties for his country. Since 2010, Senator Sotto manages to be physically present in all senate sessions and actively participates therein, without one absence nor tardiness.

He is currently the Senate President of the Philippines. Following the 2016 elections, he is currently serving his fourth and last term in the Senate, having served two consecutive terms from 1992 to 2004; he was re-elected to the Senate in 2010.

Senator Vicente C. Sotto III, or “Tito” to many, was born on August 24, 1948, to Marcelino Ojeda Sotto and Dr. Herminia Castelo Sotto, who was a staunch women's rights activist and the first Medical Commissioner of Workmen's Compensation Commission and President Emeritus of the Kababaihang Rizalista ng Pilipinas.

He earned his Bachelor of Arts degree majoring in English at the Colegio de San Juan de Letran. He embarked in an Executive Program for Leaders in Development at the Harvard University John F. Kennedy School of Government that he completed in June 2000. He is married to Ms. Helen Gamboa of Pampanga, a beauty titlist and multi-awarded actress and singer. They have four children Romina, Diorella, Gian and Ciara and eleven grandchildren. 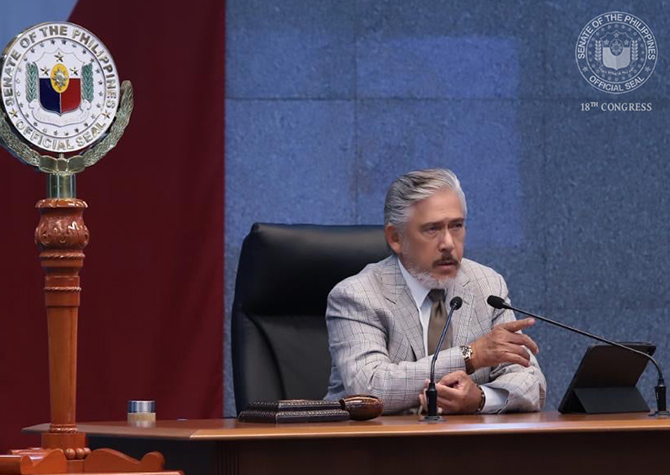 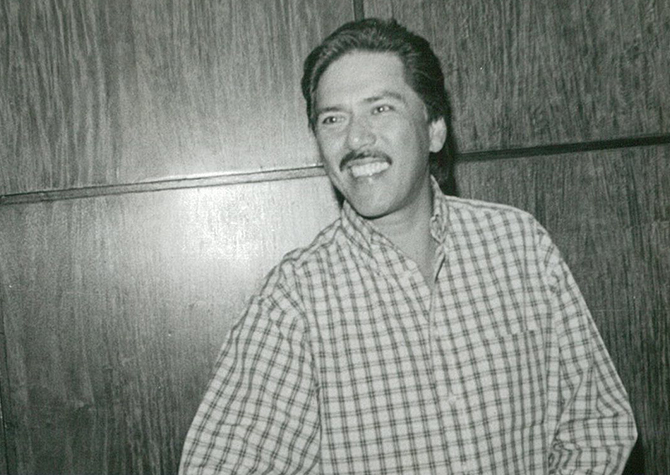 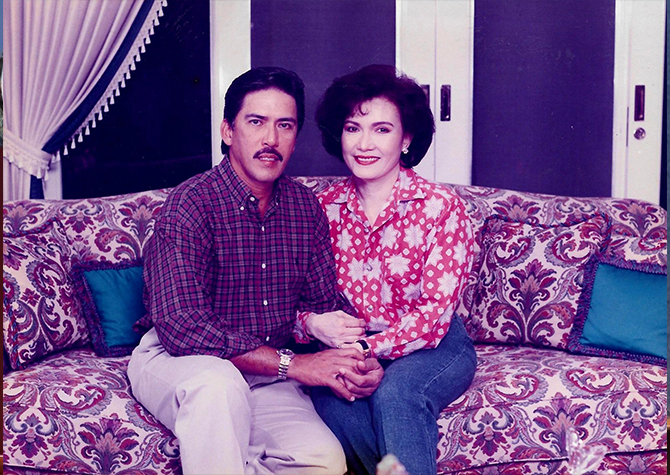 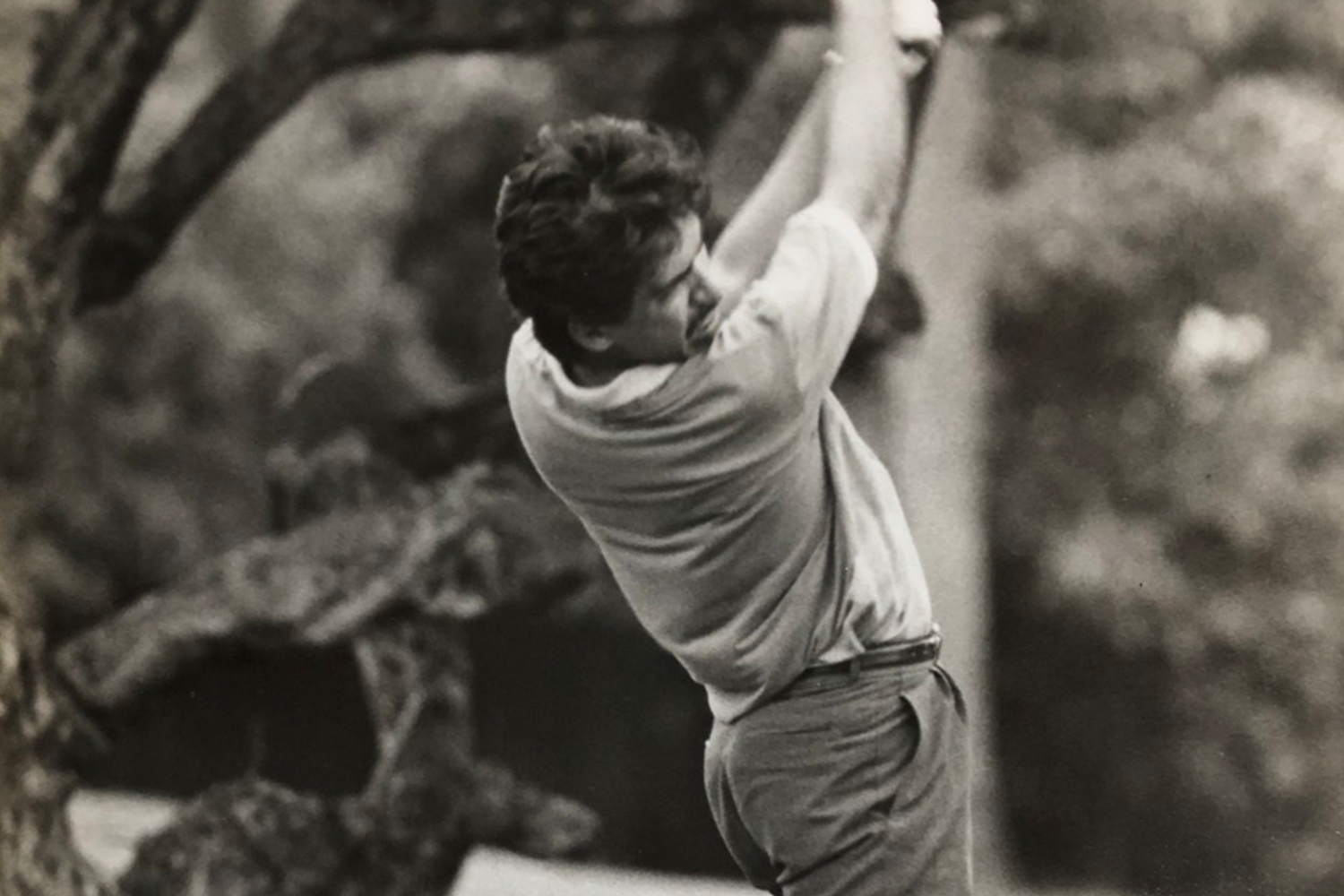 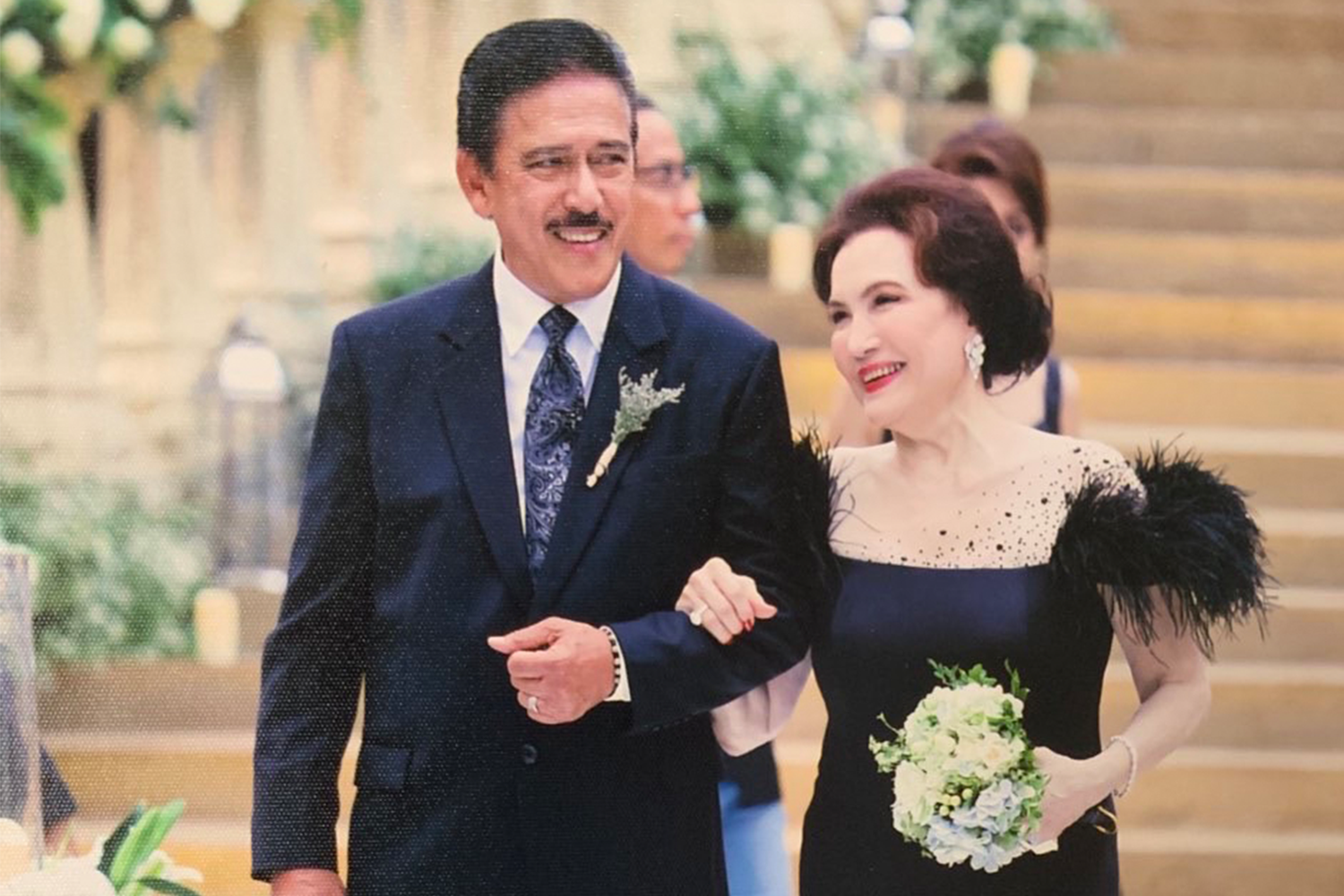 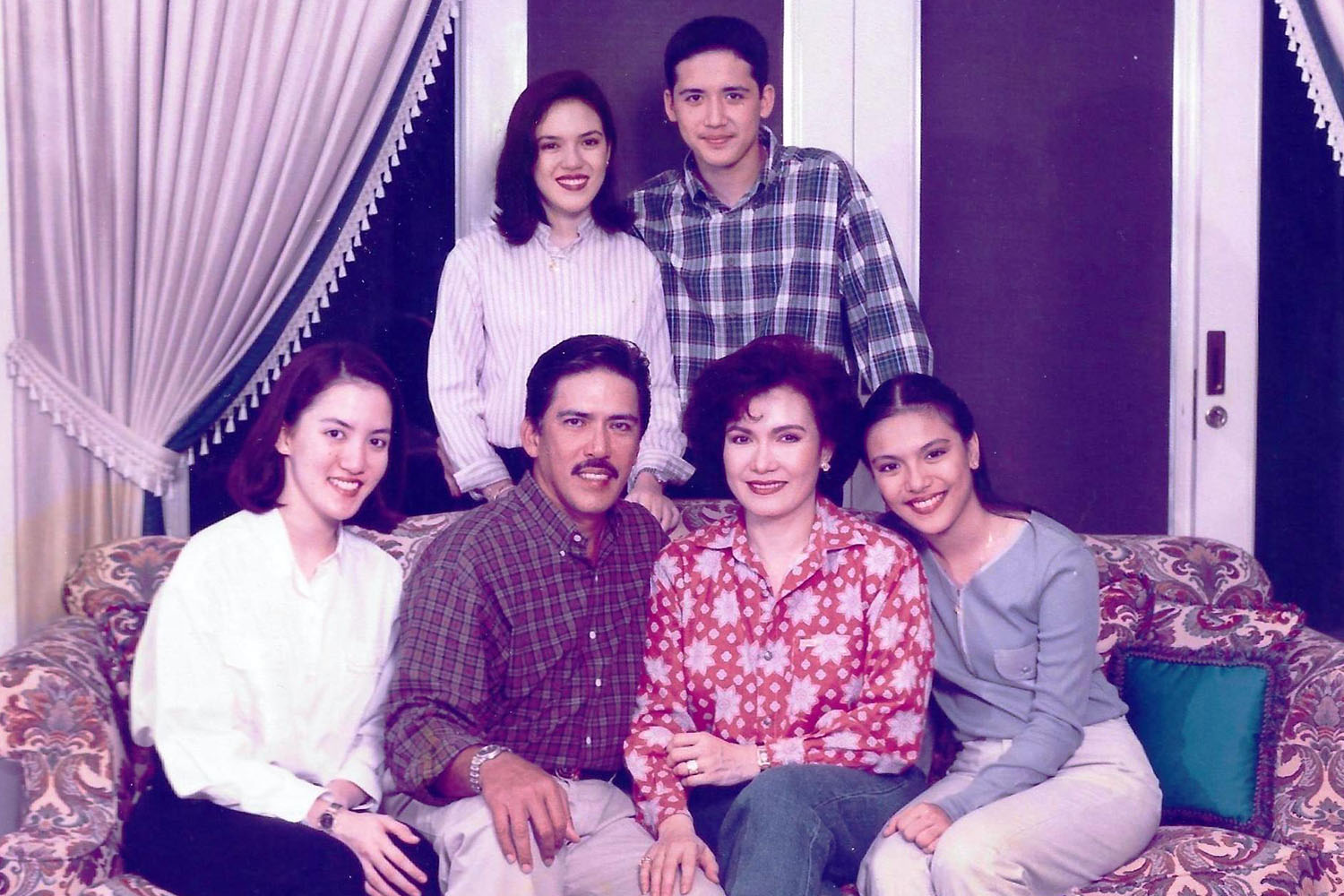 Prior to his entry into public service, Senator Sotto was a well-known composer, actor and musical artist. He was a prime mover in the irreversible trend toward the popularity of the Filipino singers and local compositions during the 1970's and the 1980's when he was the Vice-President for production of the Vicor Group of Companies. Among his popular compositions is the song Magkaisa, considered the anthem of the 1986 People Power Revolution.

Senator Sotto's television and movie career spans three decades starting in the 1970's to the present. Among his many television programs, he co-hosted the longest running program in Philippine history Eat Bulaga. The Senator also hosted Brigada Siete, a public affairs program that has garnered citations and trophies from renowned award-giving bodies.

POLITICAL CAREER ON THE RISE

It was during this term that his pursuit of a drug-free Philippines took form. Because of his crusade to protect the youth against illegal drugs from its pernicious effects, Senator Sotto was named National Vice-Chairman of the Citizen's Drugwatch. He was likewise awarded twice the International Award of Honor by the International Narcotics Enforcement Officers Association in Florida and California, U.S.A.

1992 marked the year when he entered national politics by overwhelmingly topping the Senatorial Elections. He acquired a total of 11,792,121 votes, a phenomenal achievement for a political neophyte. He is the third Sotto in the family to become part of the Philippine Senate. 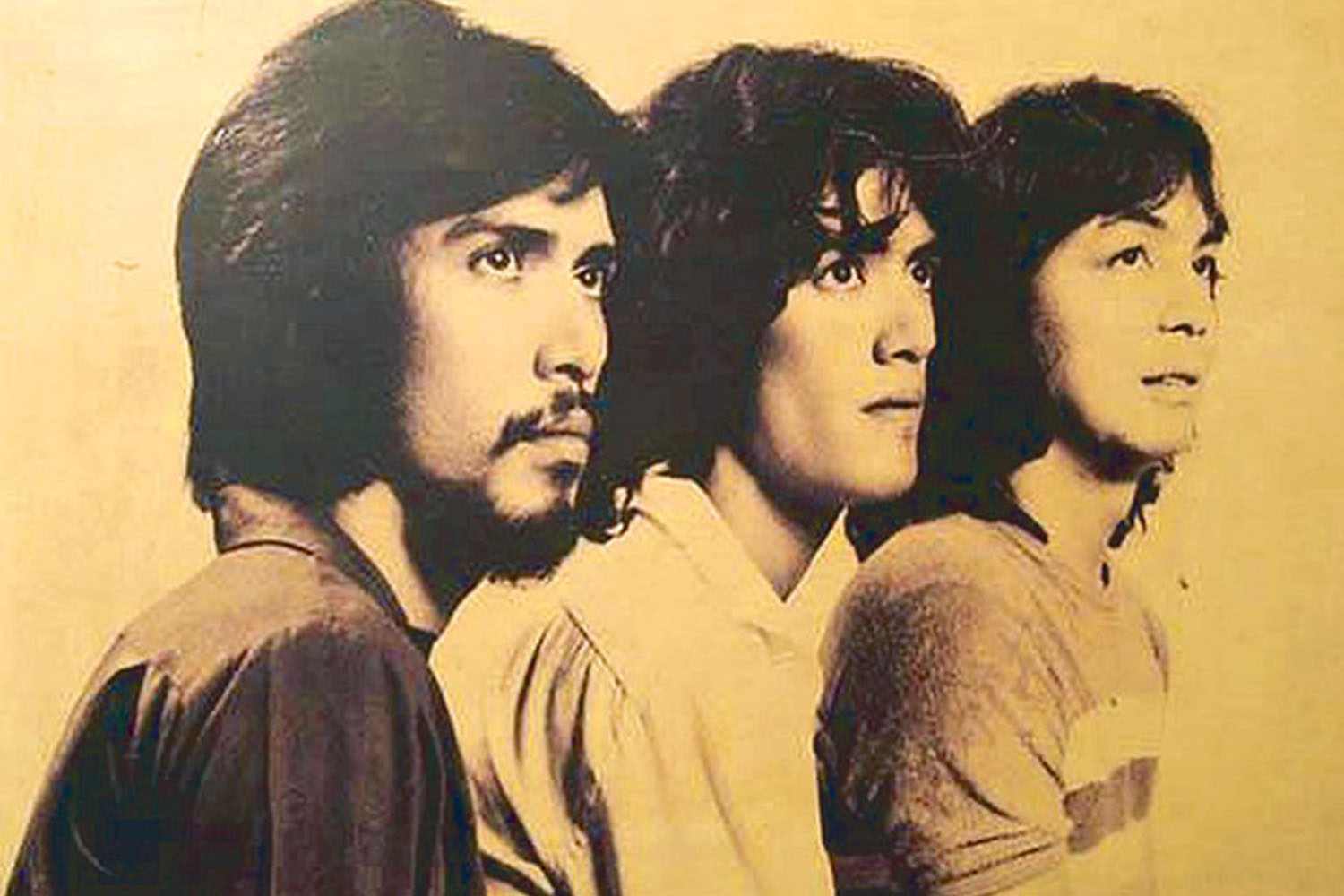 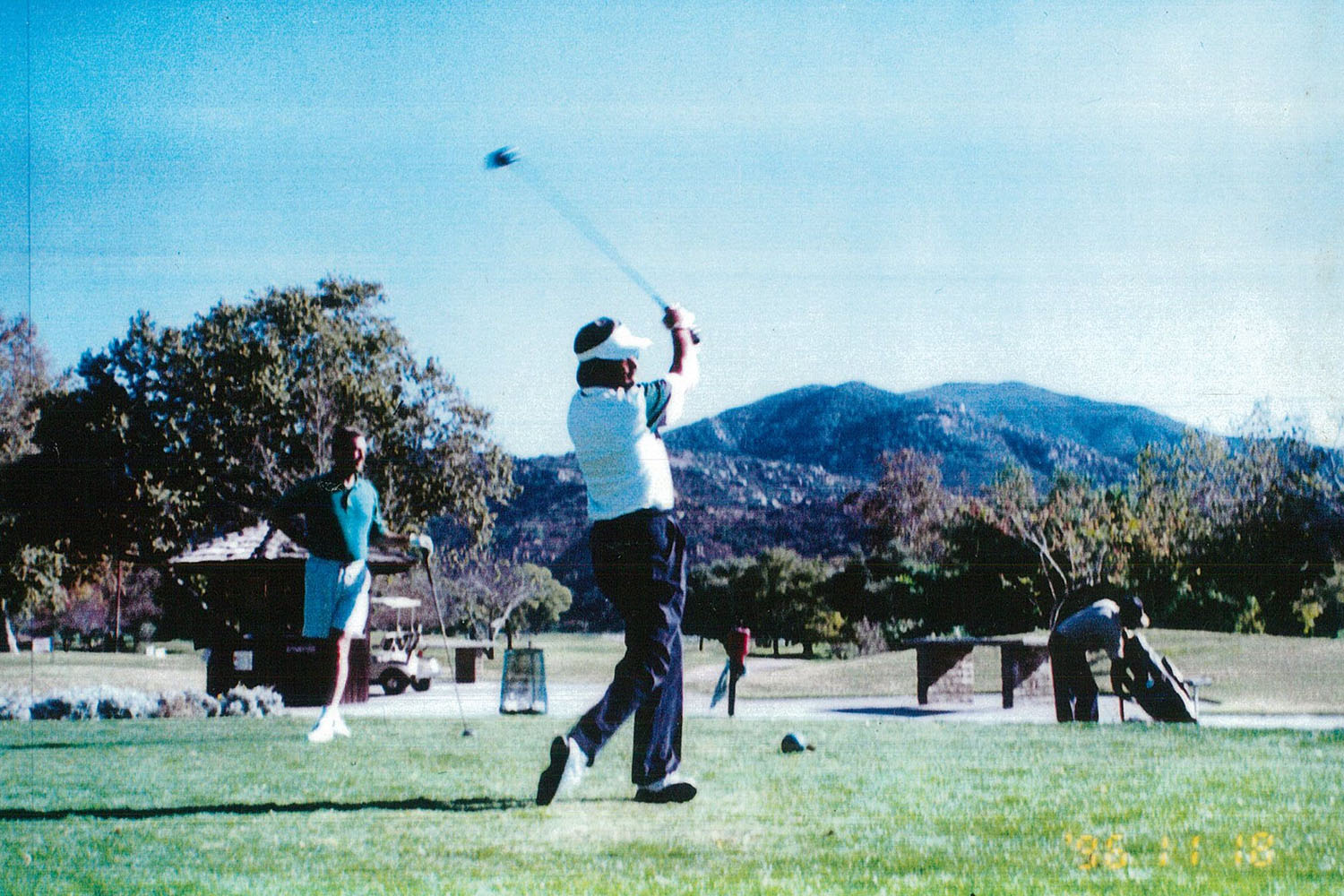 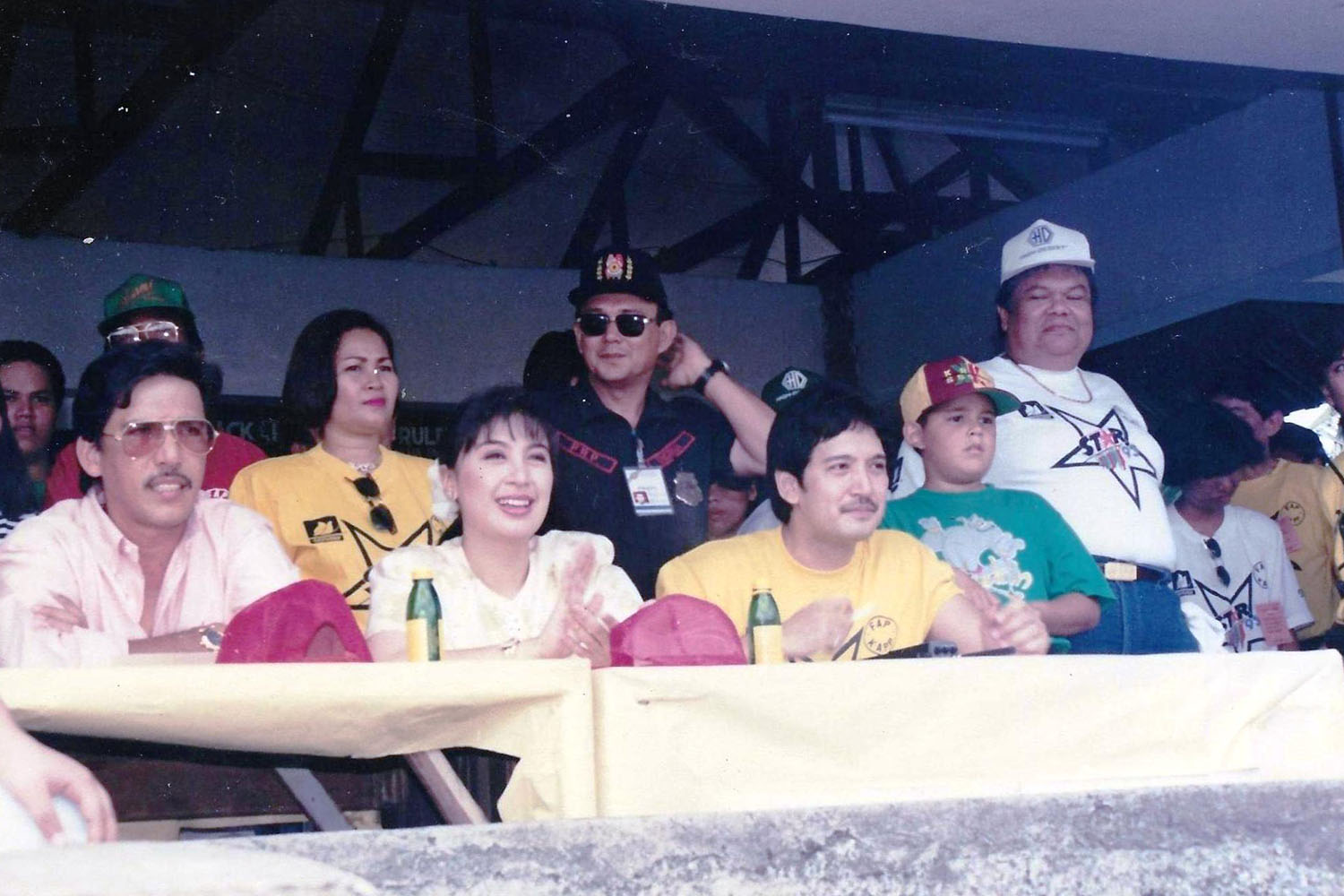 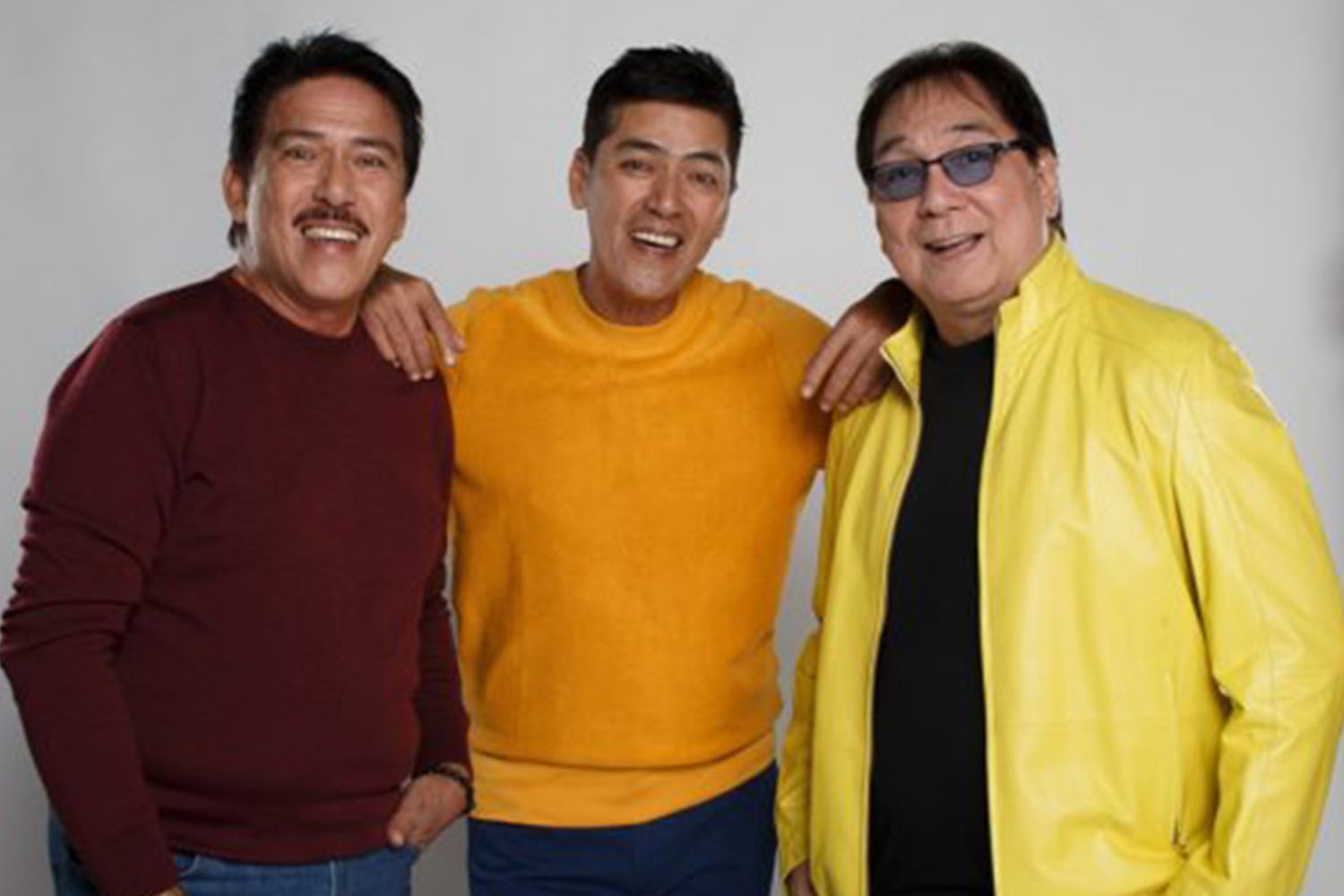 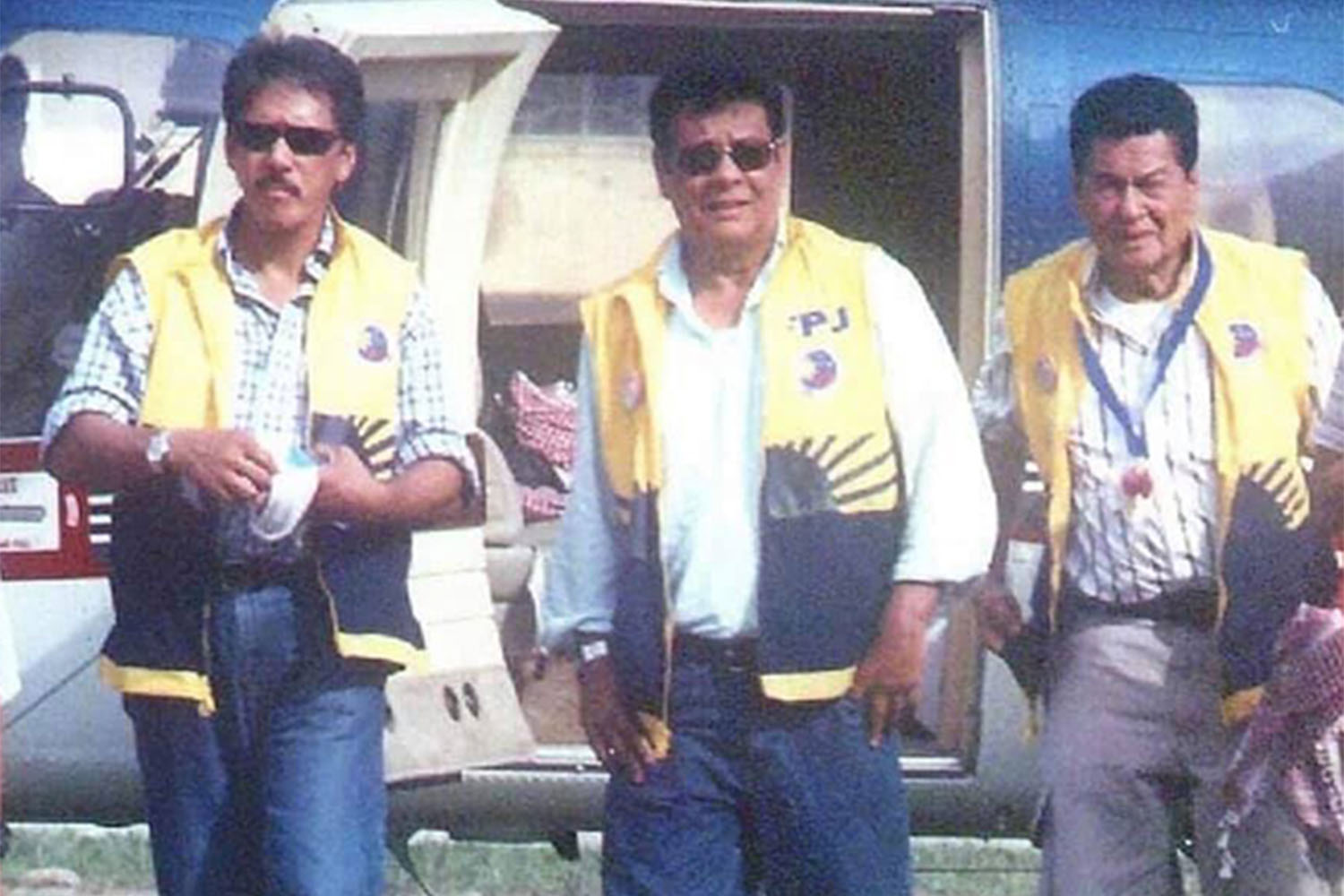 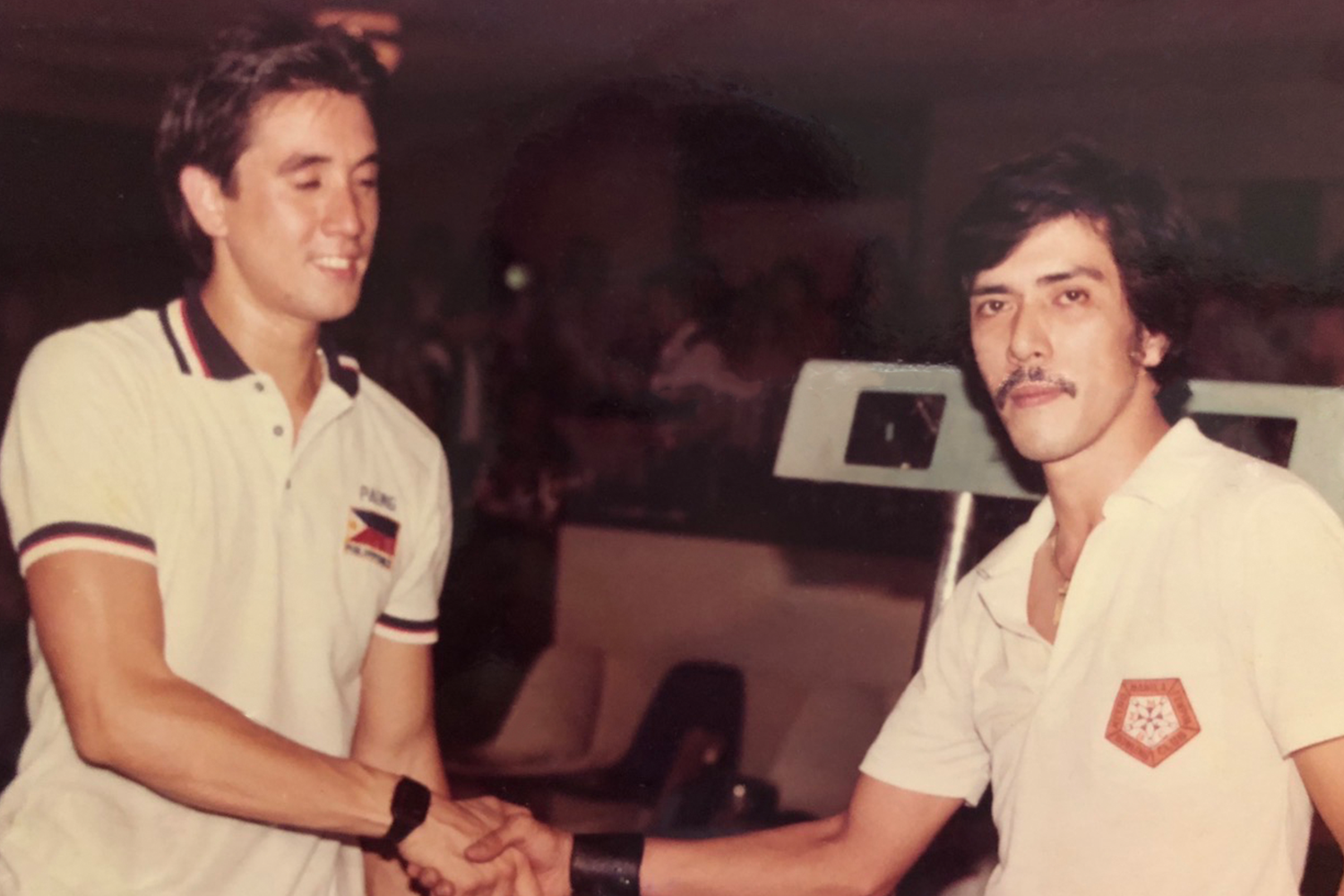 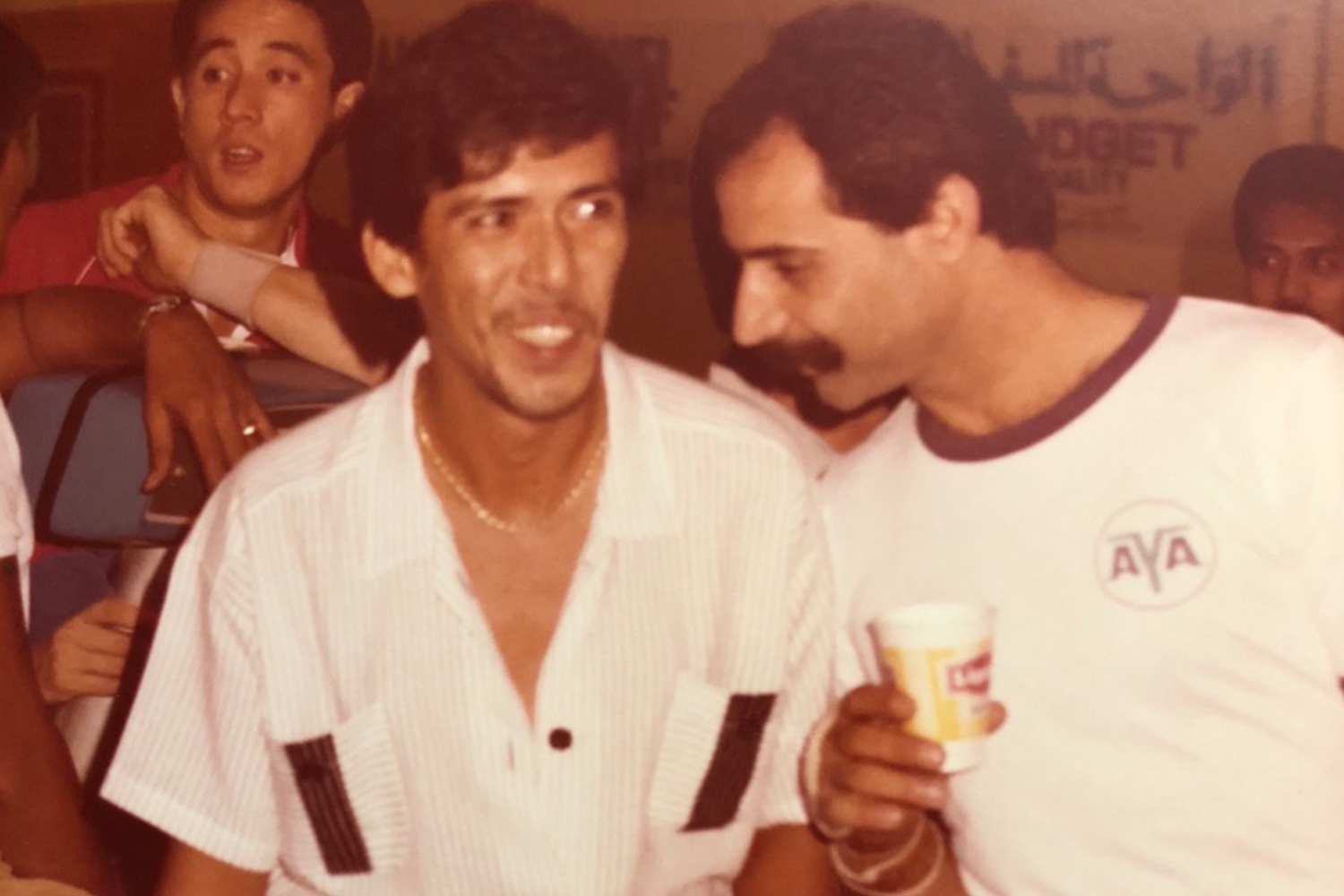 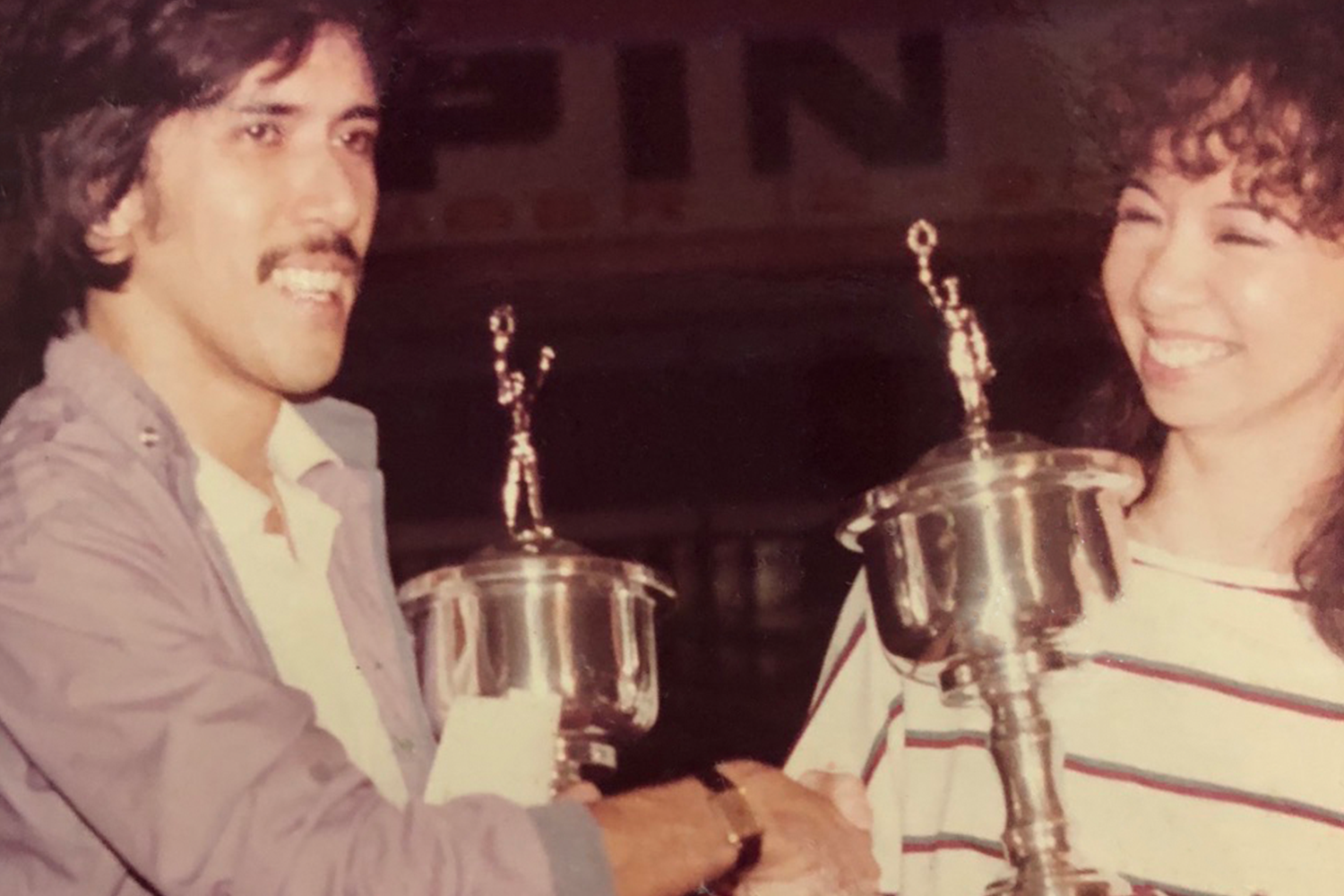 During his first term, Senator Vicente C. Sotto III served as Assistant Majority Floor Leader and Chairman of the Senate Committees on Local Government and Tourism. He also assumed the Chairmanship of the Senate Committees on Youth and Sports Development; Illegal Drugs; and Rural Development. He was also a member of the Commission on Appointments.

Senator Sotto has successfully sponsored and steered the passage of sixty-one (61) Senate bills as principal sponsor during the Ninth (9th) Tenth (10th) Congress.

In 1998, the Filipino people gave Senator Vicente C. Sotto III a fresh mandate when they elected him number one among the re-electionist senators. This gave Senator Sotto the opportunity to pursue and continue his commitment to the people to address and actively act on the problems confronting the country within the scope of his duty and influence as a senator.

At the onset of the 11th Congress, Senator Sotto was assigned the Chairmanship of the Senate Committee on Public Services which handles all matters affecting public services and utilities; communications; land, river, and sea transportation including railroads; inter-island navigation; and lighthouses; and the grant or amendment of legislative franchises. He also chaired the Senate Committee on Science and Technology, which handles all matters relating to science and technology including scientific and technological, development and advancement. Senator Sotto filed a total of one hundred ninety (190) legislative bills encompassing a wide range of concerns that affect the nation.

Now in his final three years, Senator Vicente C. Sotto III continues his hard work and education through his experiences and challenges in the Senate halls. From a neophyte senator who faced the immense pressure from the prying eyes of critics and expectations of his colleagues, Senator Sotto has proven his mettle and has earned the respect and trust of the other senators and most importantly, the Filipino people. He is now considered as one of the senior legislators in the Senate and is looked upon for guidance by his new Senator-peers trying to grasp the dynamics of the Philippine Senate.

Senator Sotto has always been an advocate for a drug-free Philippines, for a more efficient local government, for a modern information technology, and for a well-represented citizenry in government. He has filed one hundred and twenty six (126) Senate Bills and two (2) Senate Resolutions in the 12th Congress of the Republic of the Philippines.

Sotto was appointed by President Gloria Macapagal-Arroyo as a member of the Board of Directors and Acting Chairman of the Dangerous Drugs Board on July 4, 2008, succeeding Anselmo Avenido whose term was expiring that day. The appointment was just over one year after his failed 2007 senatorial bid. Philippine election laws forbid defeated candidates from being appointed to government posts within a year of the election.

Sotto won election to another fresh term in the Philippine Senate in the 2010 senatorial election, as a member of the Nationalist People's Coalition.

Upon the commencement of the 15th Congress on July 26, 2010, he was elected by the majority of his fellow Senators as the Majority Leader of the Senate as well as the Chairman of its Committee on Rules, thus he manages the legislative affairs of the Senate, particularly on the floor during the sessions. He was also one of the 20 Senators that voted to convict Chief Justice Renato Corona and to remove him from office on May 29 of that year.

In 2013, Sotto filed a bill that would mandate all government and non-government employees to receive a 14th month of annual salary. Responding to the Department of Labor and Employment claims that the bill would worsen unemployment if implemented, Sotto said that the existing 13th month pay is not truly a bonus because there are actually 13 months in a year. "There are 52 weeks in a year divide it by four weeks in a month. Thirteen months."

Senator Sotto was re-elected in the 2016 elections. With 17.2 million votes, he finished in third place for the twelve contested senate seats. On July 25, 2016, during the opening of the 17th Congress, Sotto was again elected as Majority Leader. He was also elected as chairman of the Senate Committee on Rules and the Senate Committee on Ethics and Privileges. Being a member of the NPC, Sotto is part of the "supermajority" coalition led by the PDP–Laban, the political party of President Rodrigo Duterte and Senate President Aquilino Pimentel III. On May  21, 2018, Senator Sotto was voted to be the Senate President for the first time.

Sen. Vicente Sotto, III regained his position as the 3rd highest ranking official in the Philippine government after he was re-elected as its Senate President for the 18th Congress of the Philippines after the 2019 Senatorial Elections. Sen. Panfilo Lacson administers the oath of Sotto. In his valedictory speech he emphasized that the Senate will continue to be as independent yet cooperative in the plans of the Duterte Administration.

Sotto, who served as the Majority Leader for a couple of years prior to his re-election as Senate President, secured the support of the other members of the majority bloc. 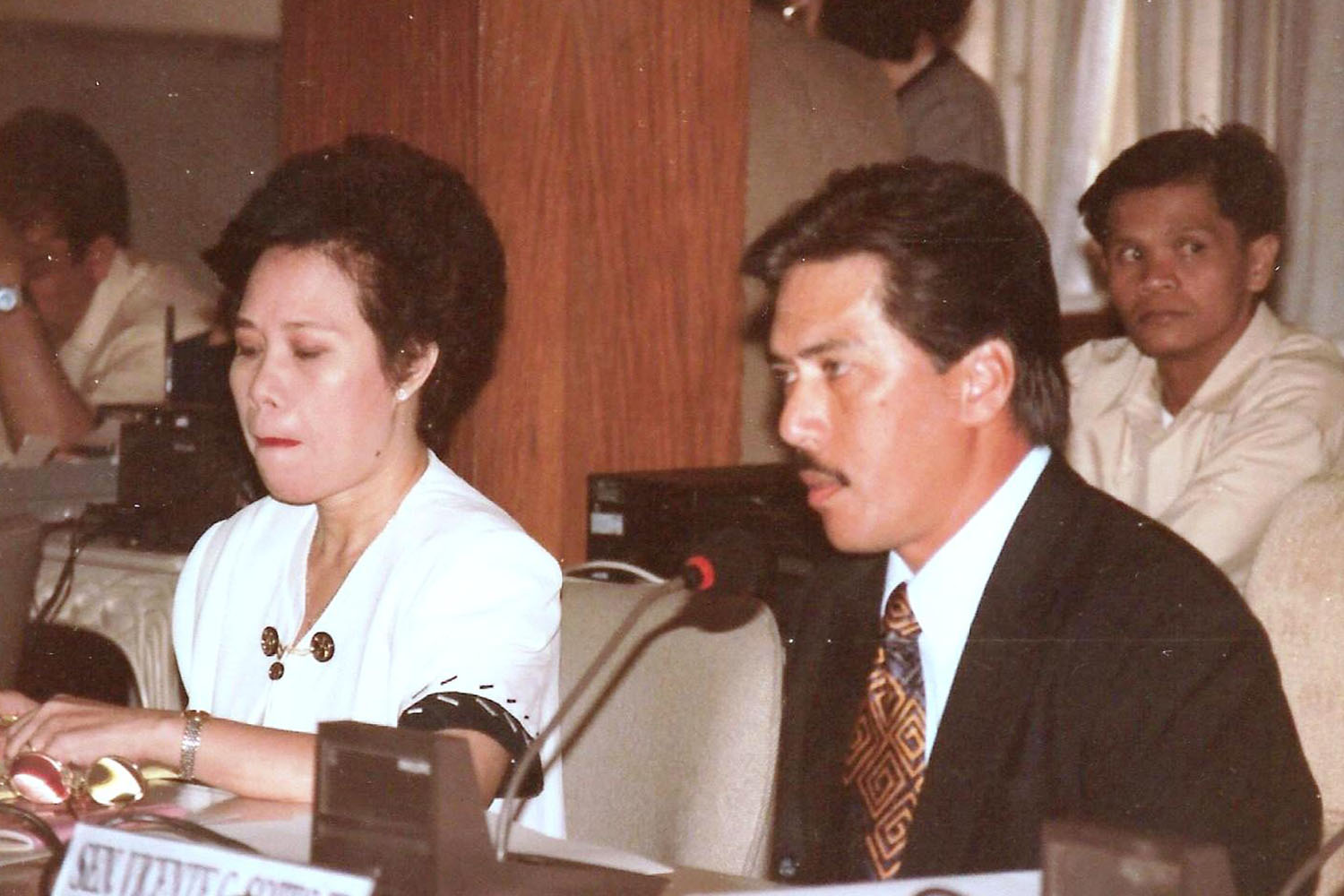 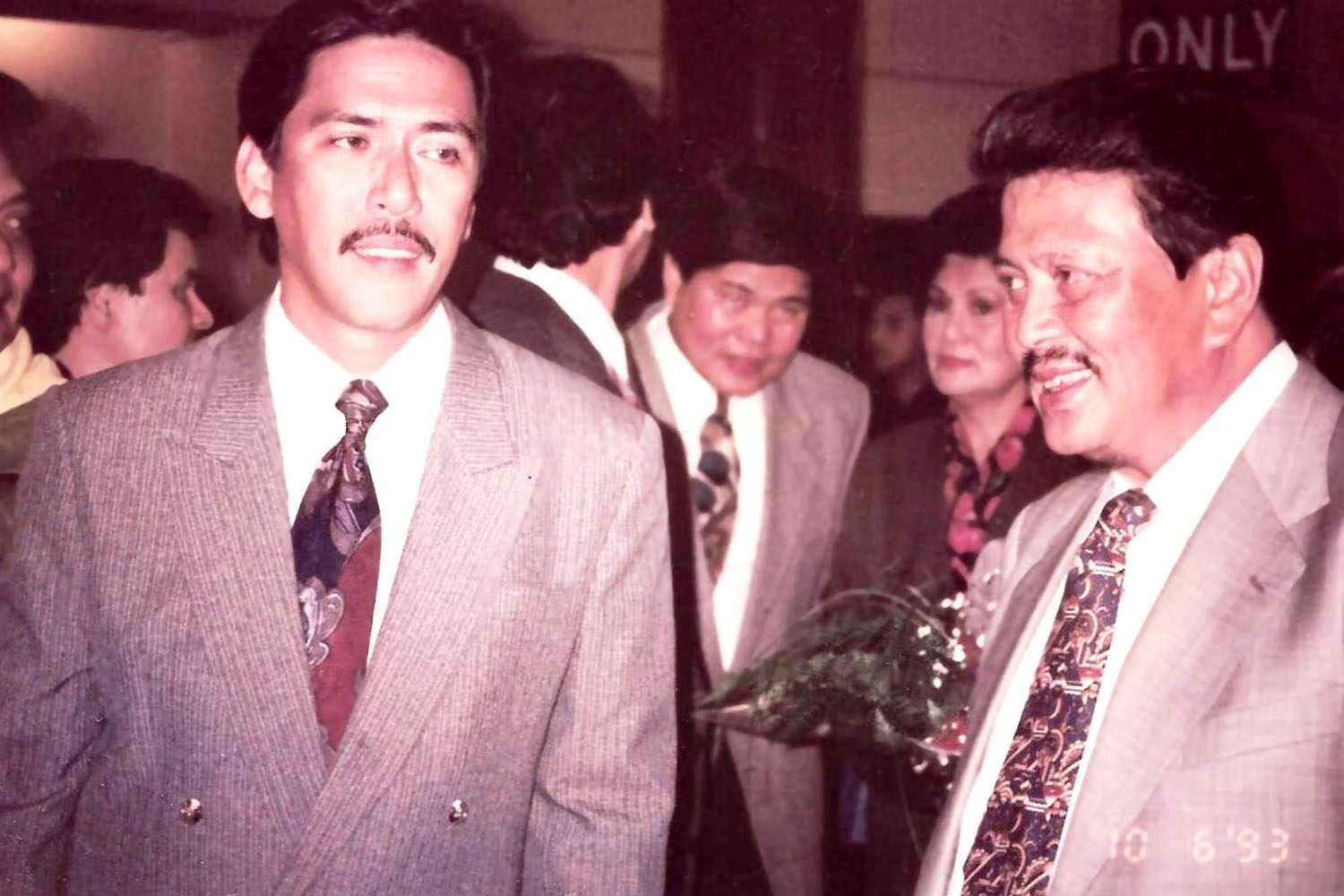 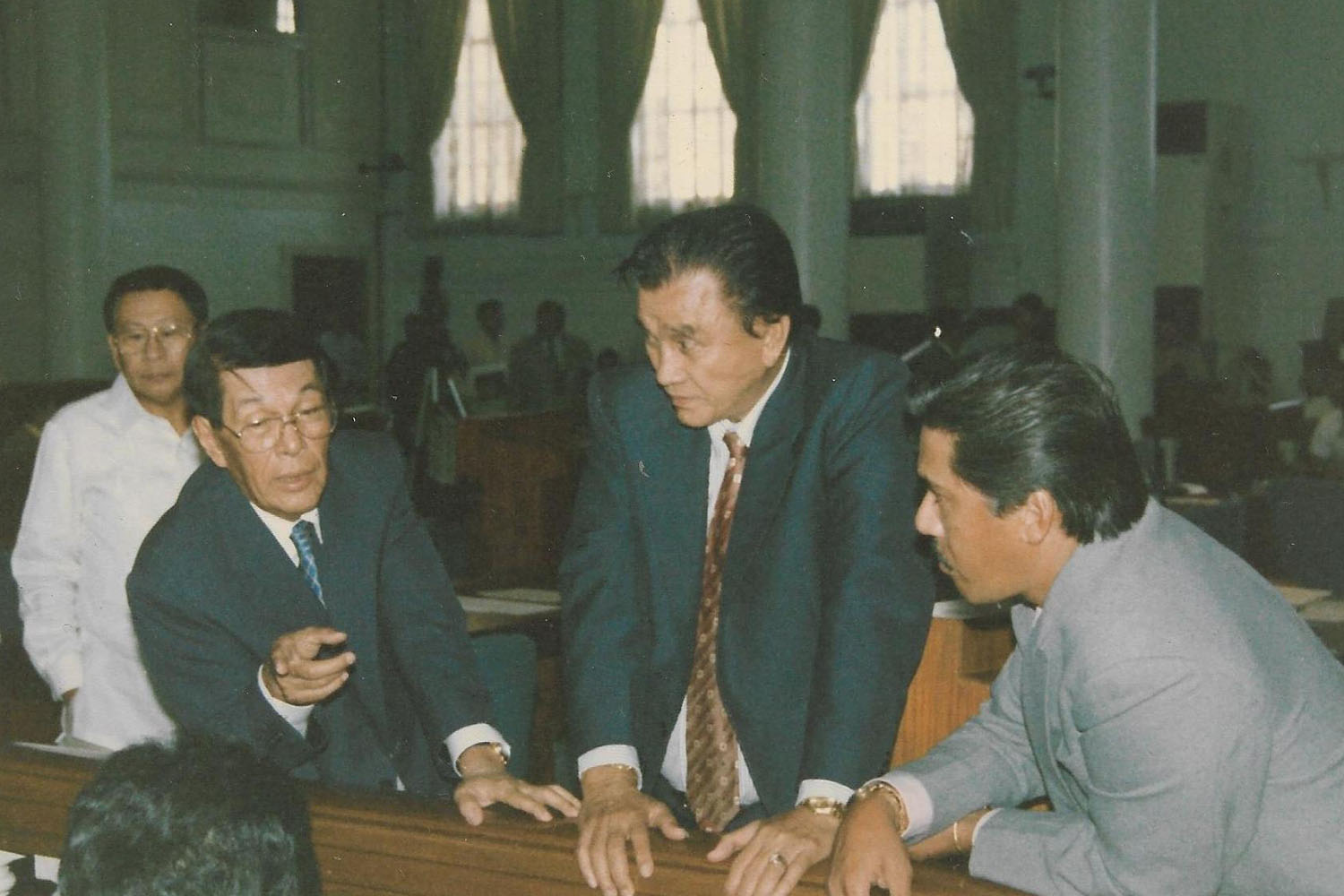 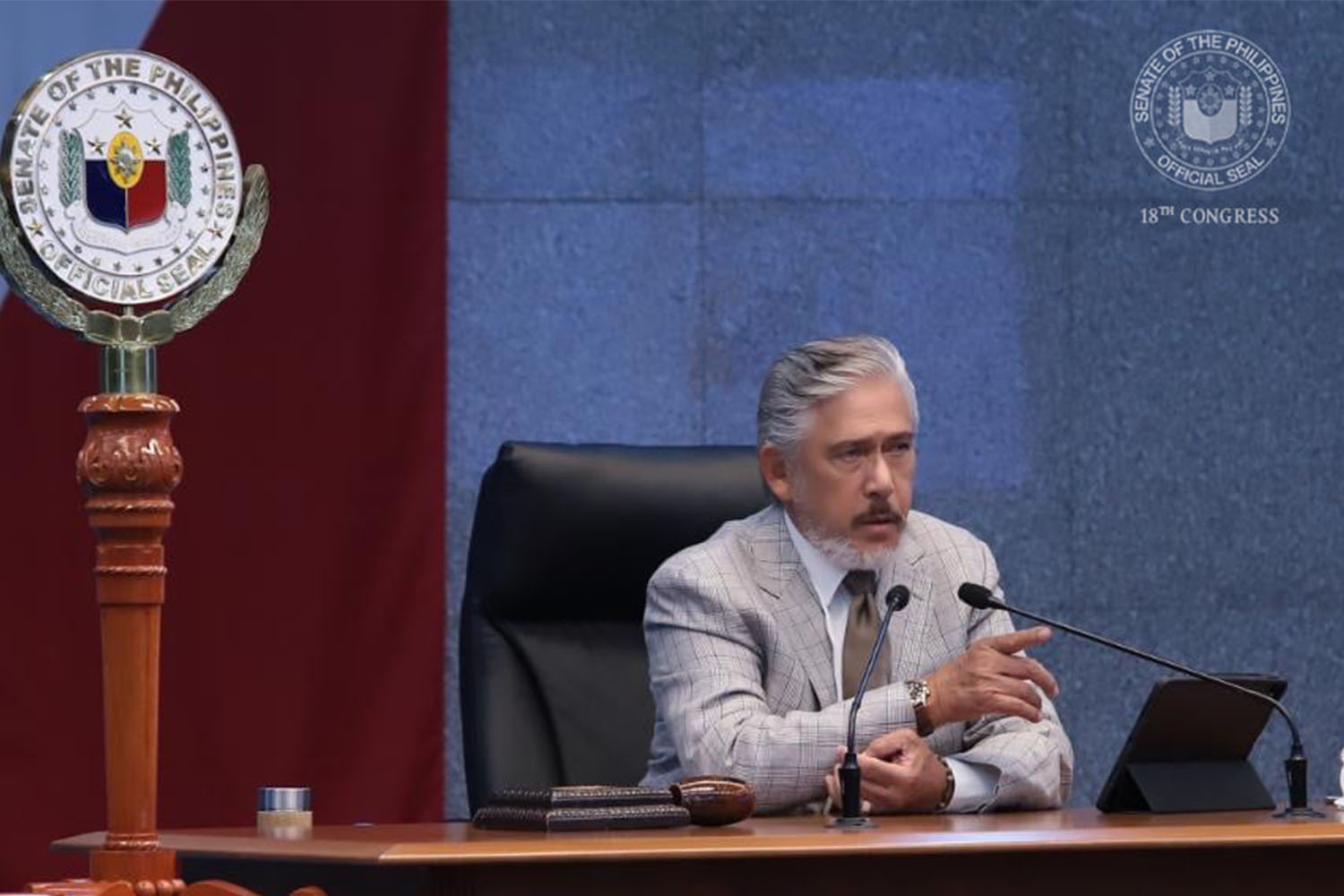 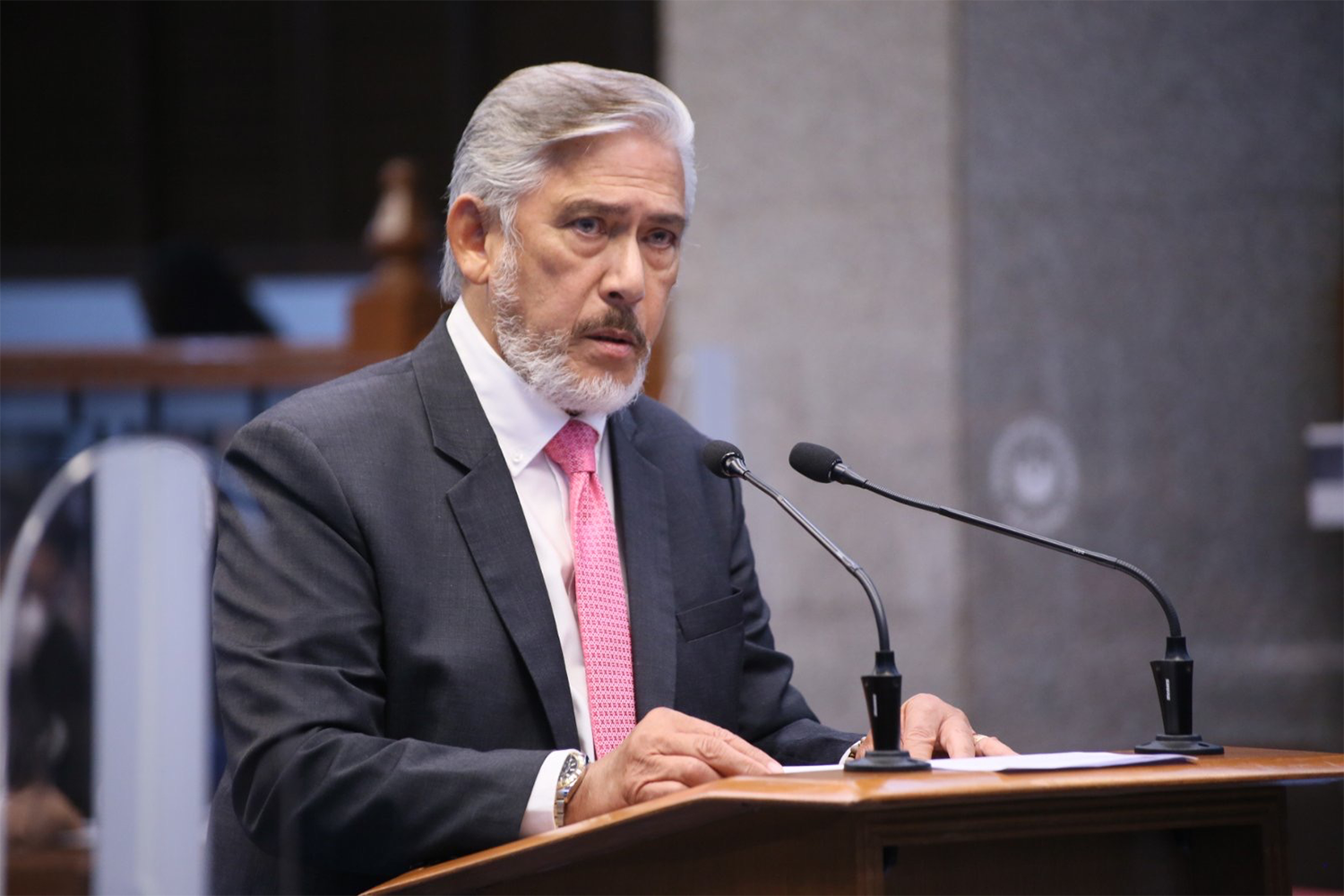 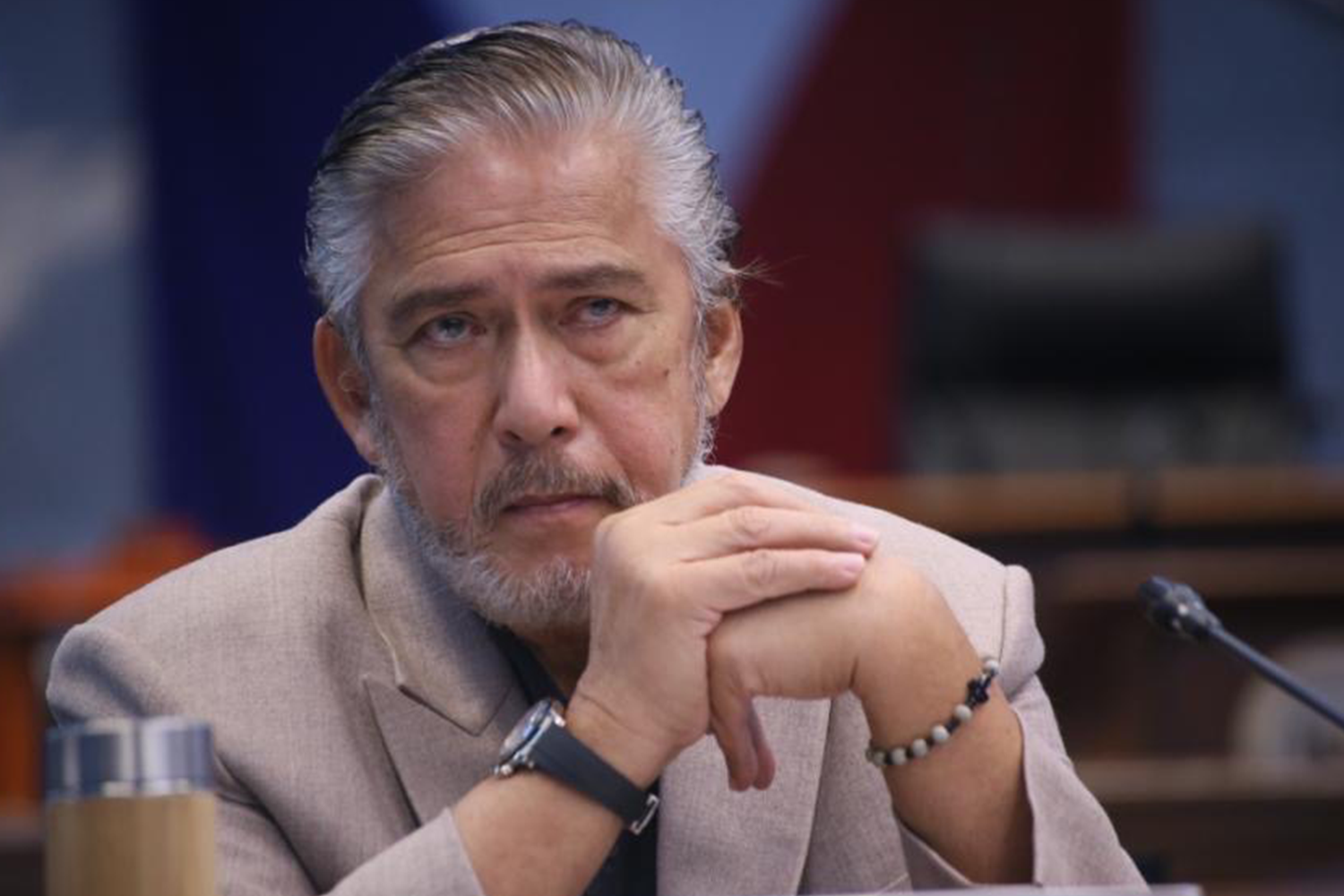